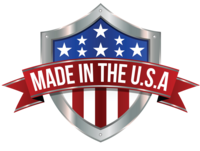 Click Here for a website I developed totally dedicated to Kyle Creed, "The Man and His Music"

I owe a lot of thanks to Mark Sanderford for capturing this moment of me and  my best friend Benton Flippen on stage in the Old-Time band contest at the 2009 Galax Old Fiddlers' Convention. There is not a day that goes by that I do not think of Benton and his wife, Lois. They were like grandparents to me. They were two very special people in our lives. 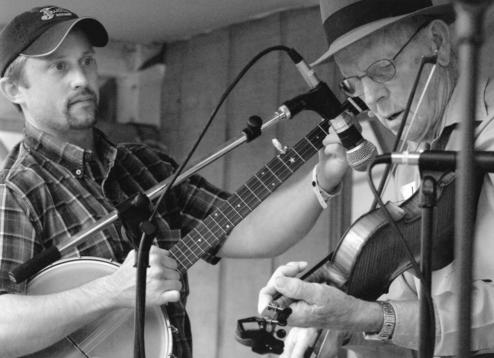 About Me
I’m Kevin Fore. I am a native of the Round Peak/Beulah section of Surry County, North Carolina. My family is traced back to the late 1700s in the Round Peak area. Although I didn’t start playing the banjo until I was 26 years old, it didn’t take me long to discover that playing and making banjos was my passion in life.

After trying my hand at dirt track race car driving for a couple of years, I became ill with sinus and breathing problems due to the dust from the track and quit racing. Fortunately, when this door shut, another opened, and it was at this time that I became interested in old-time string band music.

In December 2011, my wife, Trish, and I moved a few miles up the mountain near the Blue Ridge Parkway in Galax, Virginia. where it’s cooler in the summer.

Learning to Play the Banjo
Around 1999, I went with my aunt and uncle to see Benton Flippen’s band, The Smokey Valley Boys, at the Alleghany Jubilee in Sparta, North Carolina. It was at this time that I decided that I wanted to learn how to play the banjo, but it wasn’t until September of 2000, that I bought my first banjo and took a few bluegrass style banjo lessons, I found this style of playing the banjo was not for me. I wanted to play the local, old-time style of music. I basically taught myself to play by listening to older musicians from the Round Peak area. The first recordings I bought were Tommy Jarrell’s Joke on the Puppy, Dix Freeman’s Tonenail Gap String Band, and Kyle Creed’s Liberty album. These recordings influenced my banjo playing in a profound way because I learned things from them that I could not learn from other people.

I was lucky to have relatives around me who encouraged me to carry on the tradition of playing the banjo in the Round Peak style. My cousins, Paul Sutphin, Verlen Clifton, and Kirk Sutphin offered me support and emphasized the importance of learning the “old ways.” Paul and Verlen, were members of the Camp Creek Boys, a legendary old-time string band from the Round Peak area. Paul told me about my great and great-great grandpas who were also clawhammer banjo players in Round Peak. Kirk and Verlen showed me several tunes on the banjo and helped me get my start.

I have played with many musicians including Benton Flippen, Kirk Sutphin, and the New Ballards’ Branch Bogtrotters. I am a six-time first place winner at the Johnson County Old-Time Fiddlers’ Convention, held at Laurel Bloomery, Tennesse, a three-time consecutive first place winner at the Alleghany County Fiddlers’ Convention, held in Sparta, North Carolina, and most recently I won first place at the 2008 and 2009 Blue Ridge Banjo Shootout, sponsored by the Blue Ridge Music Maker’s Guild in Galax, Virginia and also won 1st place oldtime banjo at the 2008 and 2009 Hoppin John Fiddlers Convention in Silk Hope, North Carolina. Currently I play the banjo with the award-winning Galax, Virginia based old-time-band, Southern Pride. The band features James Burris on fiddle, Joey Burris on guitar and myself on banjo. We enjoy playing for fiddlers’ conventions, benefits, and community events. Influences on my banjo playing include Kyle Creed, Charlie Lowe, Dix Freeman, Fred Cockerham, Tommy Jarrell, and Gilmer Woodruff. I have also had the honor to be asked to play on several recordings under the Old Blue Records label which is owned and operated by Charles Faurot.  Charles recorded many of my favorite musician’s like: The Camp Creek Boys, Tommy Jarrell, Fred Cockerham, George Pegram, Kyle Creed, Benton Flippen and The Smokey Valley Boys, Earnest East and The Pine Ridge Boys, Ted Lundy and the Southern Mtn. Boys, The Foothill Boys, Otis Burris, Larry Richardson, Sonny Miller,  Kenny Baker, Vol. 1, 2 and 3  of the Clawhammer Banjo Albums and many, many more.

My Influence in Banjo-Building
Naturally as a result of my interest in playing the banjo, I had the desire to build a banjo of my own. Just as my banjo playing is influenced by Kyle Creed, so are banjo making skills. Kyle, who was also from the Round Peak section of Surry County, and later settled in the Coal Creek section of Carroll County, Virginia, was well-known for his banjos. Kyle built banjos with and without frets using hard Maple, wild Cherry, Apple, Dogwood and American Black Walnut. He was also the first banjo maker to use tabletop Formica on the fret board of the instrument. He mostly used this technique on fretless banjos, but did make a few banjos with a unique checkerboard design on the finger board, alternating the use of white and brown Formica. Kyle also made banjos using 11 and 12 inch rims. Several people have praised me for picking up building banjos where Kyle left off.

Description of Round Peak Banjos
I made my first banjo in June of 2007. I build my banjos in the Kyle Creed tradition, emulating the style of banjos he built. I build my banjos in a small woodworking shop using a 5-in-1 Shopsmith machine and a few other various woodworking tools. I also try to use local lumber, mostly from the Round Peak area, Ashe County, North Carolina, and Grayson and Carroll County, Virginia. I build both fretless and fretted banjos with 11 and 12 inch maple rims. For most fretless banjos I use copper, brass and nickle silver aka. german silver overlays but on some I have used vintage white Formica with gold flecks which is salvaged off old 1950’s and 1960’s countertops, this type is no longer made. My banjos are built with superior craftsmanship using two 5/16 inch brass coordinator rods, not dowel sticks, and I use a variety of tail pieces but prefer tension type on 12" rim banjos. My banjos have a slightly higher action and no fingerboard scoops. All banjos are set up in the way Kyle set his banjos up. The banjos generally contain no fancy inlays, just a star on the peghead and basic inlays on the ebony fingerboard. The final product is a banjo exhibiting a clean, professional workmanship that any banjo player would be proud to own. I strive to build banjos with a traditional Round Peak sound and I'm also proud to say that the majority of my banjo builds have gone to Kyle Creed Banjo owners.

-No Instruments with Mother of Pearl or Abalone inlays shipped outside the U.S.A. due to U.S. Fish and Wildlife Import/Export licensing and fees.